The NSW Bureau of Crime Statistics and Research (BOCSAR) has released its quarterly crime update for the Port Stephens area for 2022.

Over the past two years, the Hunter Valley region (excluding Newcastle) has seen a 1.4 per cent drop in violent crime – one of only two statistical areas to see a drop . 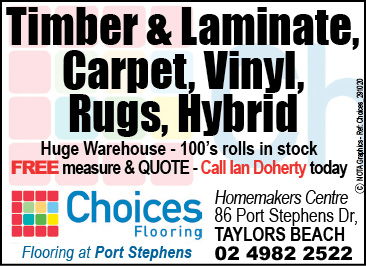 Port Stephens Local Government Area has seen no significant change in levels of any type of offense in the two year period to March 2022.

Port Stephens has reduced the NSW criminal incident rate ratio per 100,000 population for the offense of robbery to just a ratio of just 0.4 offenses per 100,000 for the region.

Neighboring areas including Newcastle and MidCoast LGAs saw increases in the same offense category of 2.6 and 0.8 respectively.

Statewide, these crime statistics showed that many high-volume crimes remained low in the first quarter of 2022 thanks to steep reductions in offenses during the pandemic.

Between January and March 2022, police recorded 24% fewer property crimes than two years ago (January to March 2020).

Jackie Fitzgerald, executive director of BOCSAR, said it was surprising that theft offenses were still so low in 2022, given that behaviors in the community had largely returned to normal.

“A number of factors believed to keep property crime low during the pandemic are no longer in play, such as mobility restrictions and access to government stimulus funds.

“It seems likely that property crime will start to increase over the coming year but thankfully it’s taking longer than expected,” Ms Fitzgerald said.