According to the mayor, Medellin’s homicide rate has fallen to its lowest point in history.

Sources close to the authorities of the City of Eternal Spring told Caracol Radio that the number of gangs and their members has also decreased significantly since 2019.

According to Caracol, more than 2,600 people in Medellin were employed by around 82 gangs in the city’s metropolitan area earlier this year.

This is considerably less than the 5,000 members of 240 gangs registered just two years ago.

La Oficina reportedly controls 36 of the currently active gangs (GDCOs). The remaining gangs are believed to be under the control of approximately 10 smaller organized crime groups (OCGs).

Some of these GDOs, like “La Terraza” and “Los Triana,” have been around since the reign of late drug lord Pablo Escobar, who founded La Oficina in the 1980s.

The Officina and smaller GDOs exercise control over their own parts of the city, and in some cases have specialized in specific rackets.

La Terraza has been Medellin’s most notorious assassination squad since the days of the Medellin Cartel.

The gangs that joined the other GDOs have long been involved in extortion and drug trafficking in the city’s poorer neighborhoods.

The rise of smaller GDOs may be a consequence of their activity in other parts of Antioquia where their presence has been noticed by Indepaz, an NGO that monitors the activity of illegal armed groups.

Despite the potentially volatile situation caused by the GDOs and the consequences of the coronavirus pandemic, authorities in Medellin have reported a drop in victimization and crime rates.

The number of armed robberies reported to the Medellin Police Department fell from more than 25,000 in 2019 to less than 23,000 last year.

The reported reduction in victimization and violent crime follows the implementation of Quintero’s security policy, which took office in 2020.

Quintero created a nonviolence secretary to reduce violence along with the security secretary, ending the disastrous “tough on crime” policy of his predecessor, former mayor Federico Gutierrez.

The strategy appears to be a success, according to Emilio Angarita, the director of the Medellin Public Security Observatory of the local University of Antioquia, told the political news site La Silla Vacia last year.

It seems to me that this Secretary of Non-Violence is something that marks a very big difference with the past administration.

Emilio Angarita, researcher at the University of Antioquia

The secret history of violence against women and girls in Medellin 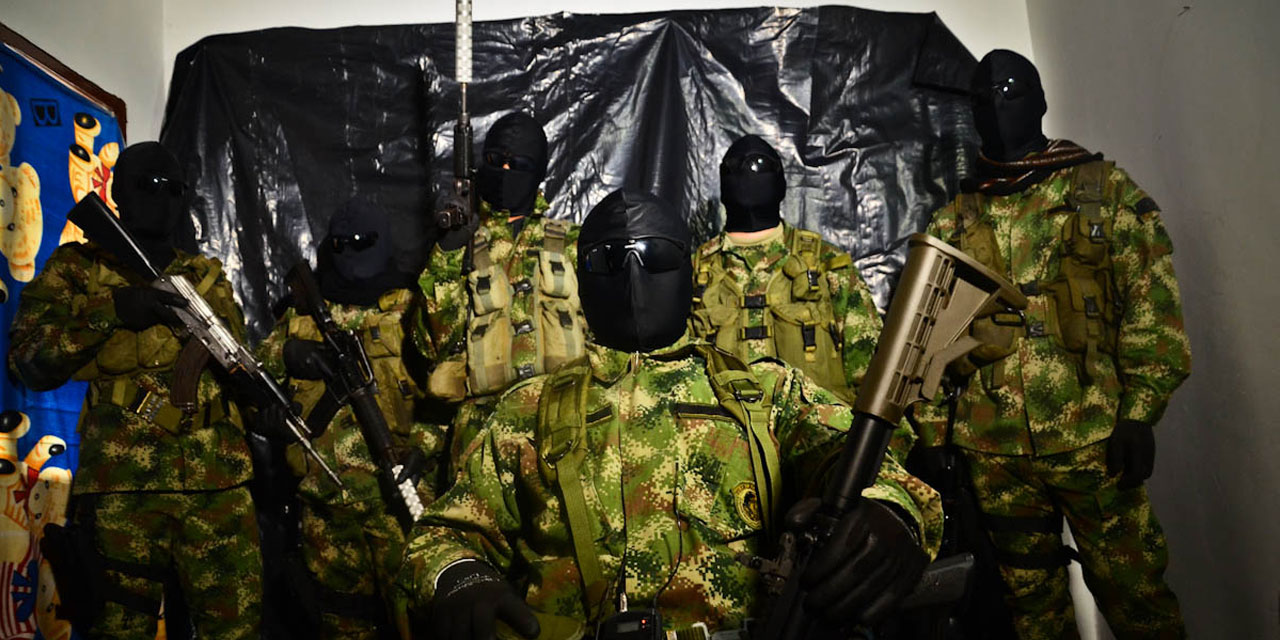 Members of the Oficina de Envigado

Medellin’s latest mayor is not the first to claim that his government is responsible for the drop in the crime rate.

Whether this is true is not entirely certain as the peaceful coexistence between organized crime groups in the City of Eternal Spring has often proven to be a key factor.

The president’s proposed peace policy would offer members of illegal armed groups legal benefits in exchange for their demobilization and disarmament, and their participation in peacebuilding projects.

The AGC has also expressed interest in participating in Petro’s Total Peace initiative.