Eight months after the East Jerusalem expulsion battles helped spark a war between Israel and Hamas, another Palestinian family is expected to be evicted from their home in Sheikh Jarrah early next month.

Fatima Salem, 69, said she had lived in the two-story house her entire life. Salem then raised his children and grandchildren in the compound, in which eleven family members now live.

“I was born here and we have been here all my life. Now they come to us and tell us it’s theirs, ”Salem said in an interview in late December.

Salem received an eviction notice from the new owner of his house, Yonatan Yosef, a far-right member of the Jerusalem city council. Originally scheduled for late December, police have now requested a flexible deportation order between late January and early February.

Sheikh Jarrah, whom some Jewish Israelis refer to as Shimon HaTzadik or Nahalat Shimon, has long been one of Jerusalem’s most tense neighborhoods. Palestinians live alongside a small group of right-wing Jewish nationalists who have moved in following complex deportation cases.

By registering, you accept the conditions

Yosef’s grandfather, Rabbi Ovadia Yosef – who would later become Israel’s Sephardic Chief Rabbi – served as cantor for the neighborhood’s small Jewish community in the 1930s. The small community persisted until 1948, when, fearing for their lives, they fled the advancing Arab forces during the Battle of Jerusalem.

“This place belongs by right to the Jews, and I am acting according to the law,” said Yosef, who previously lived in another house in the neighborhood and was the unofficial spokesperson for the Jewish community.

Israel conquered East Jerusalem in 1967. Soon after, a law was passed transferring the properties abandoned by the Israelis in 1948 to the government. The law further required the state to return them to their original Israeli owners to the extent possible.

The Salem family arrived in then Jordanian-controlled Sheikh Jarrah from a now-deserted village near Motza, immediately west of Jerusalem, after fleeing during the War of Independence. But they cannot get their property back inside Israel under Israeli law. Most of the property of Palestinian refugees in Israel has been confiscated by the state, used for public projects or to resettle Jewish refugees.

“All of our childhood and our life are in this house. My daughter asked me why we could be kicked out. I couldn’t bring myself to explain it to him, ”said Ayoub Salem, Fatima’s son.

Last summer, Sheikh Jarrah’s expulsion battles were one of many incidents that set the stage for the May battle between Israel and Hamas. Hamas military leader Mohammad Deif threatened to resort to violence if Palestinians in the neighborhood were expelled.

The Israeli Foreign Ministry describes the fight in English as a simple real estate dispute. But both the Israelis and the Palestinians involved see this as part of a long-term battle to determine Jerusalem’s political future.

“I am proud to be a partner in ensuring that there will be no Palestinian capital here. There are enough Arab capitals, and they can make do with the rest of the Middle East, ”Yosef said on the sidelines of a leftist protest against the evictions.

The Salem family also see the impending eviction as part of a national struggle.

“The settlers want to take over our neighborhood because we are on the border between East and West Jerusalem – by crook or by crook. They want this whole area from here to Damascus Gate, ”Ayoub said. 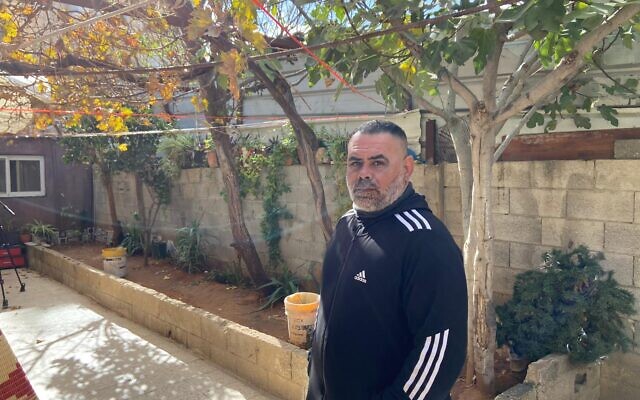 Ayoub Salem, a Palestinian under threat of deportation, at his home in Sheikh Jarrah on December 20, 2021 (Aaron Boxerman / The Times of Israel)

Each disputed plot in East Jerusalem has its own distinct history. A three-minute walk from Salem’s home are the homes of four families whose lawsuits gained international attention in May.

These four houses were built on land cleared after Jordan occupied Jerusalem in 1948. While the land was owned by Jewish religious organizations before the war, no Jew ever lived in the houses. Salem’s house, on the other hand, was once inhabited by Jews who settled in the area in the 19th century.

East Jerusalem fell under Jordanian occupation after the war, and Palestinian refugee families settled in some of Sheikh Jarrah’s homes. But the Jordanian government never transferred the properties to their new residents, meaning Israeli law allowed the original owners – the Haddad Jewish family – to reclaim them.

After the Haddad family took over the house, a legal battle continued for several years. The Jerusalem District Court apparently issued a deportation order in 1987. But the order was neither executed nor quashed; the Salems continued to pay rent to the Haddads through the court, according to their lawyer.

Legally, things only get darker from there: Like other sensitive proceedings, records were destroyed when the statute of limitations expired years later. And neither party has the original court ruling granting the Haddads the right to evict the Salems. The only existing document is a copy made in gray pencil. The Haddad family could not be reached for comment.

When Yosef bought the house from the Haddads, he successfully obtained a new eviction order from the Israel Civil Enforcement Agency. Silberstein admitted he was involved in the transaction, but declined to provide more information on how the purchase went. 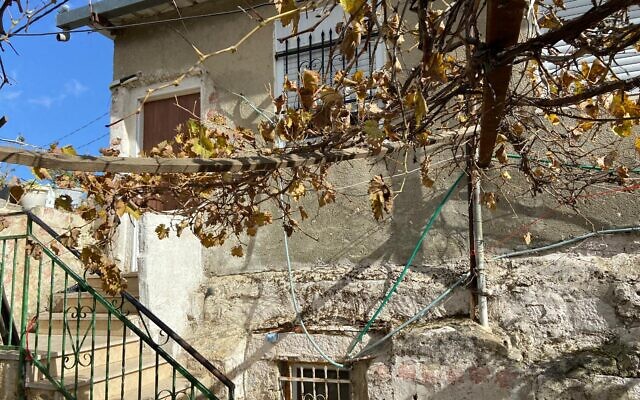 Sheikh Jarrah’s two-story house – once owned by the Haddad Jewish family, and where the Palestinian Salem family now resides. The new owner, Yonatan Yosef, a member of the Jerusalem city council, calls for their eviction. (Aaron Boxerman / The Times of Israel)

The impending expulsion has once again drawn the attention of the international community to Sheikh Jarrah. New demonstrations took place every Friday at the entrance to the neighborhood, causing clashes between police and demonstrators.

European diplomats visited the district at the end of December. In a speech, the European Union’s envoy to the Palestinians, Sven Kühn von Burgsdorff, denounced the expulsion plan.

The planned expulsion of the Salem family would come as tensions mounted in Israel, the West Bank and Gaza. The Israelis have witnessed a series of Palestinian terrorist attacks, including several in Jerusalem, which have left two Israelis dead in recent weeks.

Israeli police have asked the government to postpone the deportation until the end of January. And instead of a final eviction date, they asked for a “flexible” two-week eviction period between late January and early February that would allow them to remove tenants at any time within that window.

“A flexible eviction … would allow them to proceed as they please, even in the middle of the night, without any preparation,” said Majed Ghanaim, the lawyer for the Salem family. 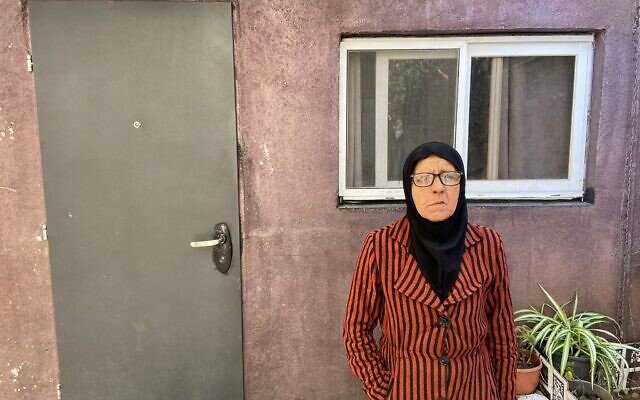 Fatima Salem, a Palestinian woman facing deportation, at her home in Sheikh Jarrah on December 20, 2021 (Aaron Boxerman / The Times of Israel)

Silberstein dismissed fears the deportation could spark violence in Jerusalem – or even from Gaza – calling them blaming the victim.

“It’s like accusing the woman who was raped of being responsible for her rape,” Silberstein said. “It makes the victim an aggressor. “

The Salem family sees it upside down. And they say that for them expulsion would mean the destruction of their lives.

“Are they going to throw us out on the street? Asked the matriarch of the Fatima Salem family. “We have nowhere else to go.”