The summer months in New York come with seasonal traditions, such as ice cream trucks, heat waves and the supposed threat of shark attacks.

The imminent danger of sharks makes headlines every year, despite the last deadly shark attack in New York in 1878, and there have been only 30 recorded attacks in the state since 1642, according to Data from the Shark Research Institute. Less than half of these attacks were unprovoked.

“If you write ‘shark attack,’ people will take a look at it,” said Gavin Naylor, director of the Florida Program for Shark Research. But sharks rarely pose a real threat, according to Naylor, who added that there are on average fewer than five fatal shark attacks worldwide each year.

Naylor said he gets calls every summer from reporters asking for shark bite stories, to which he responds, “Oh, is the news week slow?”

Is it just hype?

Coverage of shark attacks is a recurring genre for the media, according to Jeff Cohen, media critic and founder of the media watchdog group Fairness and Accuracy in Reporting. “Scaring viewers gets ratings,” he said. “But the one thing you never hear is the stats.”

Nassau County Police on Long Island recently announcement an increase in police shark patrols for the summer, after a lifeguard was bitten by a shark on July 3 at Smith Point Beach. However, these types of policies are caused by the hype surrounding shark attacks, Cohen said. “We live in a society so dominated by the media that politicians have to chase after history.”

Cohen first noticed media coverage of sharks in 2001, during what he calls “the summer of shark attacks.” But the number of reported attacks in the United States only increased from 54 in 2000 to 55 in 2001.

“There hasn’t been a huge increase in attacks at all. The only thing that had increased was coverage,” Cohen said. “Scaring people works. It worked in 2001 and it still works today. 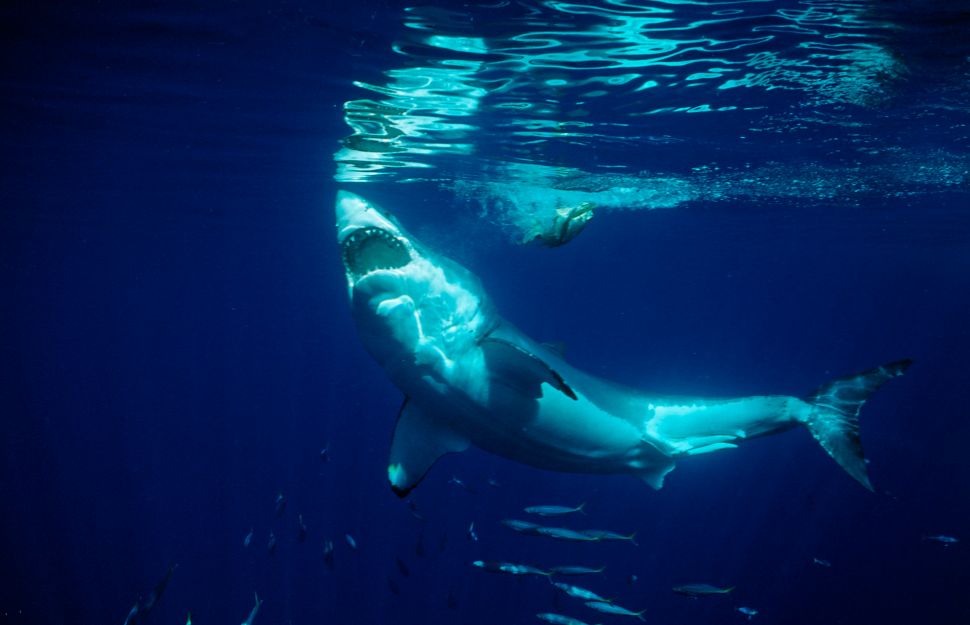