A leading crime and violence expert who focuses on the “data-policy nexus” has been named to head the Bureau of Justice Statistics (BJS), the nation’s leading source of analytical data on crime and correctional services.

Alexis Piquero, Ph.D., currently chair of the Department of Sociology and Criminology at the University of Miami, is “one of the world’s most prolific and distinguished criminologists, a model of scientific excellence whose work has expanded our knowledge base in virtually every facet of criminal and juvenile justice,” Assistant Deputy Attorney General Amy Solomon said in a statement. statement announcing the appointment.

“His vast experience as a researcher, his exemplary academic reputation, his appreciation of the data-policy nexus, and his deep engagement with a wide range of stakeholders make him uniquely qualified to guide the critical mission of our Bureau of Justice Statistics.

Piquero takes over the Washington, DC-based agency at a time when reliable data has never been more critical to the debate over future criminal justice policy, including prison population reduction.

In addition to its role as a federal data compiler, BJS also provides financial and technical support to state, local, and tribal governments to improve their statistical capabilities and the quality and usefulness of their criminal records. 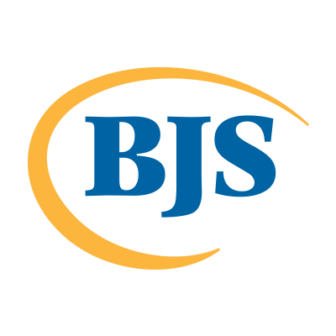 Long criticized by academics for its anemic funding, it received a new injection of budget aid from the Biden administration last year after years of budget cuts under the administration of former President Donald Trump.

Piquero is among those calling for greater attention to developing crime policy based on sound science.

In a 2017 editorial for the Dallas Morning NewsPiquero, then at the University of Texas at Dallas, criticized the lack of accurate data on incidents of police use of force.

“Perhaps it’s time to move past the differing opinions that cops crack down using force or that citizens hate cops because neither narrative is constructive or based on factual evidence,” Piquero wrote.

“We live in a time where 140 characters and 20-second music videos capture our imaginations, for better or for worse. Perceptions about the police and citizens should be based on the most accurate and available information. »

Piquero, who was also a professor of criminology at Monash University in Melbourne, Australia, has published over 500 scientific articles and several books and served as editor of the Journal of Quantitative Criminology and the Justice Assessment Log.

He has written extensively on crime prevention and on race and crime.

Most recently, he was a member of the Criminal Justice Council’s Violent Crime Task Force, which last year produced a report on Saving Lives: Ten Critical Steps Cities Can Take to Reduce Violence Now.

Piquero has published several studies on the intersection of sport and crime.

In one of his columns for The Crime Report, he used statistical analysis to debunk the idea that mass sporting events like the Formula 1 Grand Prix race held at the Circuit of the Americas (COTA) just outside of Austin, Texas where Superbowls were spawning. motive for crime.

“Clearly, safety at these mass gatherings requires the diligence of spectators and careful planning and enforcement by security and police personnel,” he wrote.

“But we’re confident in arguing that in this area of ​​American life – the motor racing events that galvanize so many fans and provide an escape from the working world – crime shouldn’t be a problem.”

Piquero will replace acting BJS director Doris J. James, who will return to her role as the agency’s deputy director.

This summary was prepared by TCR Editor-in-Chief Stephen Handelman